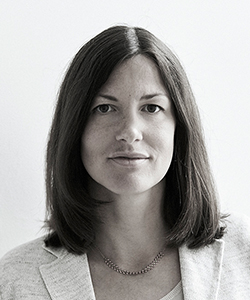 Dr Kajsa Borgnäs, born in 1982, is Swedish and holds a doctorate in political science (University of Potsdam, 2012-2016). Between 2007 and 2010 she was (full-time) chair of the Swedish Social Democrats' National Student Association (Sveriges socialdemokratiska arbetareparti – SAP); between 2010 and 2012 she worked as a researcher and project manager in the trade union think tank "Arbetarrörelsens Tankesmedja" (Stockholm). Kajsa Borgnäs has been Executive Director of the IG BCE’s Foundation for Labour and the Environment since 2017. She is a member of the supervisory board of Essity GmbH and the executive board of IndustriAll Europe.